You may be aware that the Boundary Commission has proposed a review of boundaries to ensure that each MP has broadly similar sized constituencies.

It does mean that there would be two Members of Parliament representing Chester and the constituency would be “Cheshire South which includes Westminster Park.

The current consultation closes on 2 August 2021 and after that there will be public hearings in 2022  before the final proposals which are anticipated in Summer 2022.

If you would like to make a representation, you can do so online via the Commission’s website: www.bcereviews.org.uk

There is a web form which you will need to complete. The form only accepts comments up to 10000 characters, so if you write more detailed representation please send in a Word document and send it as an attachment.

It important that residents have their say on the proposed changes and we encourage you to do so. 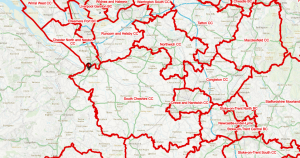 The portal is used to view and update user details held by the residents association and set your email preferences.